Things I've been reading in a frantic effort to not engage with anything that is Happening in the World right now.

A novel about a travelling Shakespeare troupe who perform for the settlements that remain 20 years after a virus has wiped out 99% of the world's population. Look, some people think it's a crazy time to be reading books about plagues, but I found this one exceptionally comforting. Sure, there's some of the usual post-apocalyptic violence and mayhem, but it's ultimately a hopeful book, less interested in exploring the ways that civilization can crumble than in how art perseveres.

I adored this bildungsroman about childhood friends who grow apart, while remaining witness to each other's increasingly different lives. Zadie Smith has a brilliant knack for writing about how everything's relative: success, race, power.

This is the first book of Ali Smith's "Seasonal Quartet", novels that she wrote almost in real-time. So this one, which came out in 2017, is about Brexit. That's an interesting experiment by itself: can you understand the time you're in, as you're living through it? The characters, a 30something woman and her close friend who happens to be a 70something man, are united in their love of art and befuddled by the times they're living through. It's loose, not very plotty, quite improvisational, Impressionist. It's an odd book but I liked it. Ali Smith is a remarkable writer, and every sentence is packed with insight.

Gosh, this book was a revelation. It's epic fantasy about a world defined by climate instability and natural disasters (called, ironically, The Stillness). Jemison is also a psychologist and writes characters that felt completely real and true. It's a powerful exploration of oppression and resistance, and it was utterly, utterly absorbing.

Look, I can't even pretend to be objective about this one because Lauren is one of my favourite human beings in the world AND my favourite writer. But Afterland is a masterpiece. The thing I've always loved about Lauren as a writer is she is so confident in how she tackles these huge, bold concepts (in this book: a global pandemic has wiped out 99% of men) but grounds them in lovable, humane characters you just adore and root for. So while this is a book with a huge "what-if" at its centre, it's mostly a story about a mother trying to protect her son.

I also love the cover done by dear friend Anja (Nanna) Venter, whose rebellious style you might recognise from the illustrations in my book!

This overstuffed Monkey's Paw story was extremely not King's best, but I found it pretty interesting to think about why. It's far too long, for one thing. And so, so repetitive. The characters are more thinly drawn than usual, and most of them are thoroughly unlikeable.

My favourite King is Cujo because of how absolutely taut and simple the plot is (mother and child are trapped in a hot car by a rabid dog). Needful Things is the exact opposite of Cujo: it's like an overstuffed bric-a-brac shop where King recycled every idea he'd already had, that had already found better expression in other books.

There were some delightful moments in it anyway, and some wonderful "here are the private nightmares of each of these individual people" internal monologue stuff that King's brilliant at.

We Have Always Lived in the Castle - Shirley Jackson

This is a perfect book. It made me want to forsake all civilization and become a bog witch who lives on a diet of lost children. It's barely a novel; a novella really. Deliciously wicked. I loved every word.

Fun pulpy thriller about some cannibal bogons in a standoff with a small town petrol-station owner and his granddaughter. Fast-paced, and I found myself slipping into an Australian accent for several days afterwards.

Exactly as preposterous as the Netflix series that's based on it, but hell, it's a fun time. A dark twist on the romance genre that follows a stalker obsessed with an aspiring writer (who multiple other people seem to be stalking too).

This was my third re-read of this book, which is testament to how much I adore it. Naomi Alderman imagines what would happen if almost every teenage girl in the world suddenly developed immense physical strength (in the form of electric energy that can shock or kill at a touch). It's world-spanning, gripping and wise.

Have you ever discovered a writer who it feels writes books just for you? Books that draw on all of the influences you love, featuring characters who feel like people you've met, including nods to all of your weirdest obsessions? Grady Hendrix is that writer, for me. My Best Friend's Exorcism remains my fave, but this is his next best.

It's a book about a group of genteel middle-aged housewives in Charleston who start battling vampires. That might sound like a parody premise, but the brilliance of this book is how much it's not: it's an honestly moving, terrifying horror story that continues to surprise you to the very end. Its characters are the type of people who are often overlooked, underestimated, and dismissed. Here, we see how tough and resourceful this has made them. As Grady Hendrix said of this book: "I wanted to pit Dracula against my mom. As you’ll see, it’s not a fair fight.”

That started me off on a whole Grady Hendrix spree, so I followed it up with:

A haunted house story, except it's set in an Ikea. Creepy as heck, with some great comedy about how awful it is to work in retail.

A love-letter to 70s and 80s horror books. Every page features full-page reproductions of some of the most wonderful/trashy covers and short descriptions of some of their wild plots. There's some fascinating context about the different microgenres and how cultural interest in specific monsters followed social trends.

A timely reminder, in these strange times, that our natural urge to moralize diseases is usually wrongheaded. Sontag wrote this in 1978 at the start of the AIDS crisis, and I've thought of it many times while watching people get furious at each other for not wearing masks/wearing masks/being too careful/not being careful enough/opening schools/not opening schools. A useful reminder that the enemy is the virus, and that diseases do not target people who deserve to get sick.

Set in a very wild America of the 1870s, this story follows an enigmatic (possibly magical) silent woman in a black cloak and the unlikely companions who follow her. It sketches some fascinating stuff about the history of that time, including asylums, 1870s feminists, tensions between Native Americans and Chinese labourers, and early zoos, but the plot never quite coheres into anything. It was interesting, but I much preferred Fowler's We Are All Completely Beside Ourselves.

The Forward Book of Poetry 2020

On days when I've felt too anxious to get properly into a novel, I've been finding great solace sitting in the bath and reading poetry to myself out loud. There were some real gems in this collection of the best poems published in Britain over the past year, with lots of diverse, fresh voices.

A dark, dark adventure about a girl who survives the rough streets of 1915 Chicago by dressing like a boy, and tries to hunt a murderer-pedophile who kills little girls and dresses their bodies up like dolls. It was a really fresh perspective for a protagonist, and a setting I hadn't seen before. It sent me down a VERY DISTURBING rabbit hole learning stuff about the real-life Charlie Chaplin that I cannot unlearn (tl;dr, prolific child rapist). I liked it a lot, but again, it's DARK.

I followed the rabbit hole about how messed up early Hollywood was to this true-life crime mystery about who killed William Desmond Taylor, the president of the Motion Picture Directors Association in the 1920s. I was especially interested in the stories of the ambitious young starlets looking for a chance to live a more free life than their mothers ever could have.

I also read The Whole Equation: A History of Hollywood by David Thomson but I found it tedious.

The Cases that Haunt Us - John Douglas and Mark Olshaker

This book is a summary of the most famous unsolved crimes of history, from Jack the Ripper to Lizzie Borden and the Zodiac Killer, with some hypotheses by an FBI criminal profiler about who might have dunnit. The writer is EXTREMELY up his own bum about how clever he is, but it's a great primer about some of history's most twisty mysteries. It's a bit out of date now (at least one of the crimes has been comprehensively solved since the book came out) but a helpful start if - like me - you've half-heard of these crimes but don't know much about them.

Why Does He Do That: Inside the Minds of Angry and Controlling Men - Lundy Bancroft

Lundy Bancroft is a counselor who's spent years counseling abusers and the people they abuse. This is a guide to the logic that guides abusive behaviour (because rest assured, abuse is strategic, not the "loss of control" that abusers will have you believe it is). I read this book as research for a TV show I'm working on, but I've since recommended it to many friends as a practical guide to get out of difficult situations. It was incredibly tough to read, but insightful.

Kate Lister runs one of my favourite Twitter accounts (@whoresofyore) and this book is a collection of amusing and weird facts from humanity's sexual history, including great titbits like: why "warm the cockles of my heart" is actually a really rude saying, how Victorians thought the bicycle would drive women into a perpetual orgasmic frenzy, and where the term "monkey gland" comes from (brace yourself). It was great fun, and I can't wait to trot all of these out at parties.

How much does it cost to move overseas?

Lifting the lid to show you what it really cost me to move to the UK. 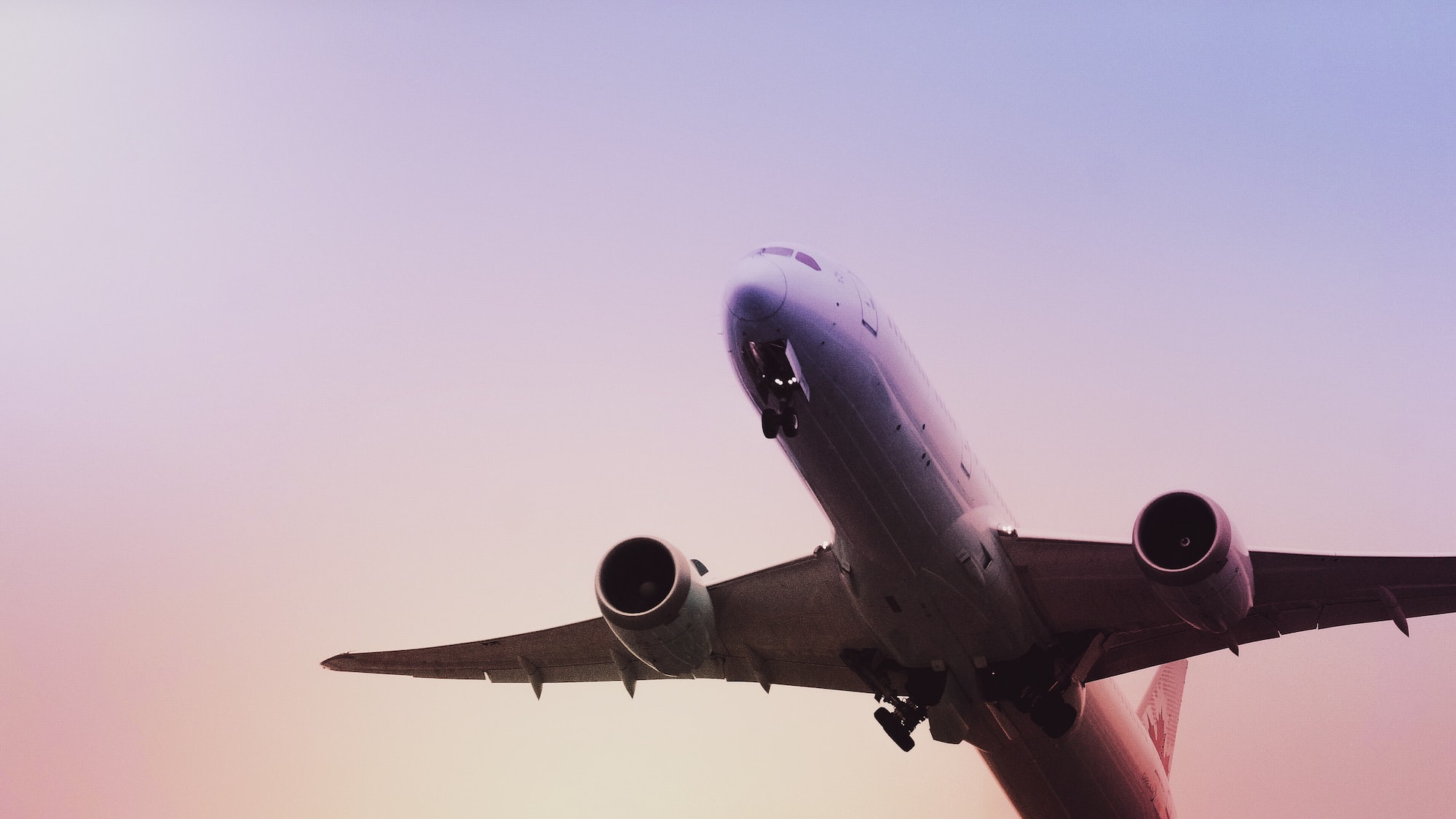 On drawing the moon and confirmation bias

Some thoughts about learning to see what's there, not what you THINK is there.